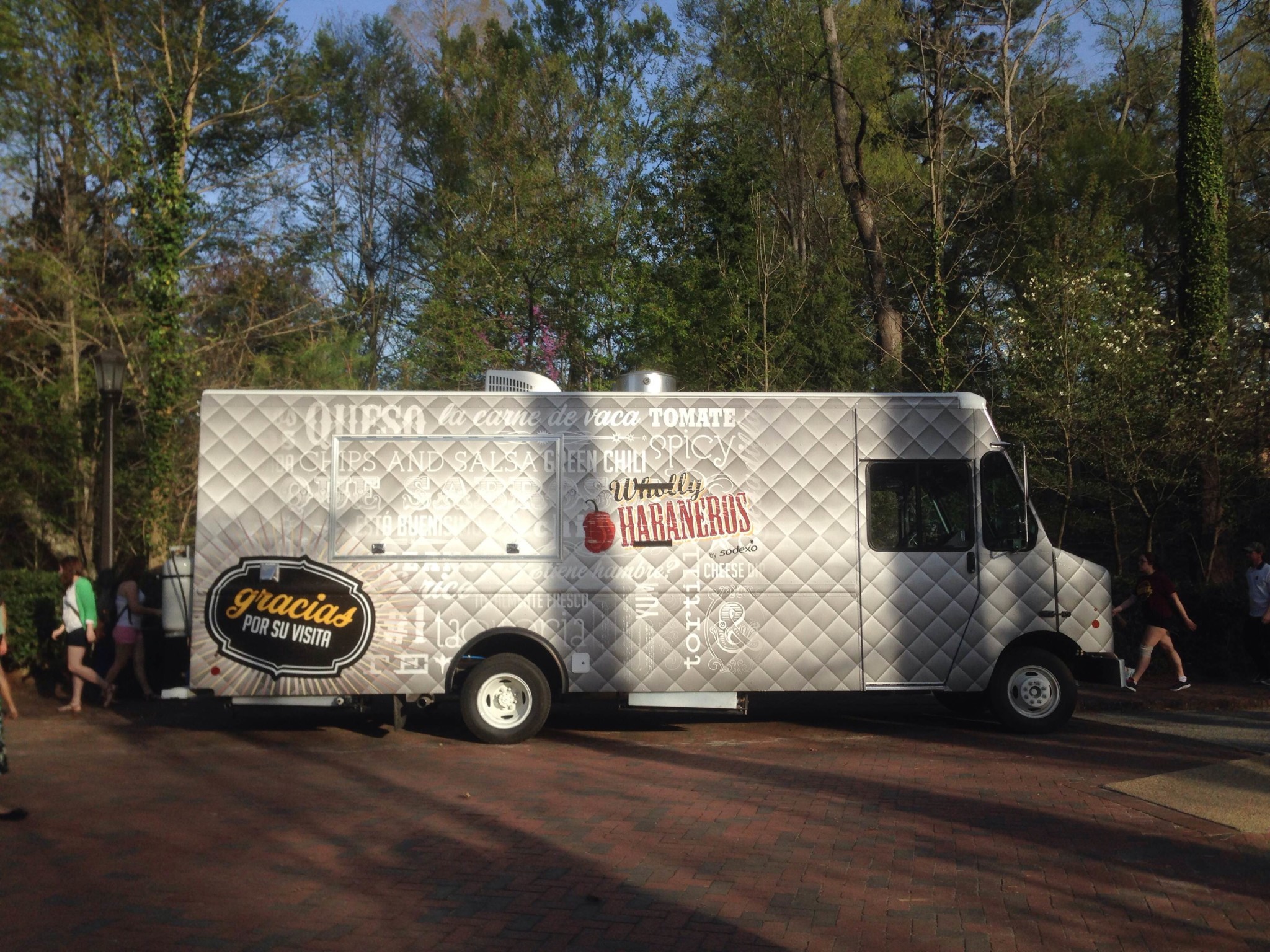 Sodexo added two food trucks to the College of William and Mary’s dining program this fall, marking the year’s biggest change to campus dining. Now, after almost a full school year in business with lackluster returns, dining services is assessing how to manage the trucks next year.

The barbecue truck has fed about 10,200 customers thus far; with food cost and labor, this yields a 5% profit. Because the taco truck was implemented too late to draw customers from football game crowds, it has fed 2,500 people this year and has cost about $500.  It has not yet yielded a profit. Both trucks cost $150 a day to maintain.

Resident District Manager Jeff McClure reported that on days when the weather is nice, BBQ 1693 receives about 30-40 visitors a day, while Wholly Habaneros receives 35-40 patrons. He stated that since Wholly Habaneros began fully operating at the beginning of the spring semester rather than the beginning of the school year, customer traffic has been slow.

“Opening things in January is a little tougher,” McClure said. “The weather hurt us a lot.”

For the future, McClure stated that Sodexo will reexamine the menu to try to draw more students.

Next year, dining services will try to incorporate different options, such as churros and traditional food embellished with Mexican spices.

In an effort to increase student feedback, dining services plans to implement surveys about food truck options. McClure stated that because the trucks are equipped with cookware, they have ample opportunity to alter the menu.

“We’re definitely going to do a menu refresh. It’s about what the students want,” McClure said. “We’re trying to make [the trucks] a destination point.”

The trucks compete with on-campus options that take meal swipes, and with Cosi, a restaurant located in Lodge One, which takes Dining Dollars. Some students said they turn to those options because of convenience. Some just had bad experiences, like one that Shruti Sharma ’16 had with Wholly Habaneros.

“I hated it,” Sharma said. “I thought the spices were weird. They need to find something decent.”

In addition to revitalizing the menu, Sodexo also plans to shift the location of the trucks to avoid competing with nearby options.

McClure said that it was an area of disappointment that Wholly Habaneros’s late night location between Kaplan Arena and the Commons dining hall had not garnered much attention.

Holly Fleming ’17, who visited Wholly Habaneros when it first opened, thinks it would behoove dining services to move the truck to a location with fewer alternative food options. She suggested the parking lot behind Swem, which is about equidistant from Sadler and the Caf.

“I think that they should move it because it’s just kind of sitting there,” Fleming said. “I’m not going to use flex there when I could use it on Swem Aromas or Cosi. There’s already food around.”