Home Variety Blogs Reflections on a semester in St Andrews 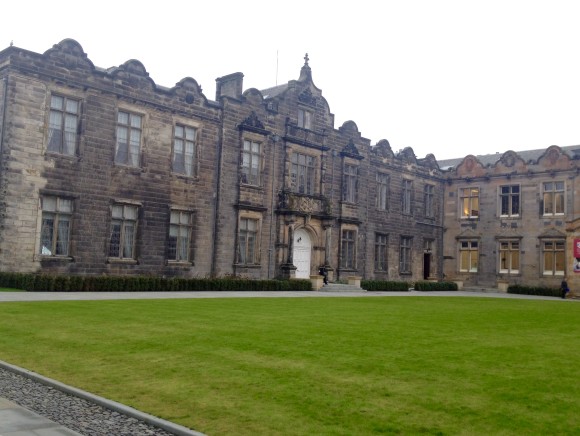 While most study abroad students at St Andrews are preparing to return to their home schools in just over a month, I am only a fourth of the way through my time in Scotland.

As a student in the Joint Degree Programme between St. Andrews and the College of William and Mary, my university experience is split between the two schools. I’m following an ABBA path where I spend my first year at the College, the next two at St Andrews, and the last back at the College.

In previous blog posts, I’ve explained my reasons for participating in the programme (breadth versus depth of academic styles and the chance to have a highly immersive study abroad experience), as well as its general structure. Now, as my first Scottish semester draws to a close, I thought it would be interesting to describe how being a WaMStA, as students in the programme call ourselves, has impacted my time at St Andrews.

Before arriving in Scotland, I was convinced I was going to dislike St Andrews and would have to transfer back to the College after just a few months.

Before arriving in Scotland, I was convinced I was going to dislike St Andrews and would have to transfer back to the College after just a few months. This fear is common amongst WaMStAs, as it is difficult to happily settle into a community only to leave it after a year. I had an incredible freshman year thanks to close friends in my hall, involvement in The Flat Hat and the overall sense of independence found in living without your family for the first time. I was very unwilling to leave Williamsburg, although I had been looking forward to my time at St Andrews ever since applying to the programme in December of my senior year.

My first few weeks in St Andrews were chaotic, as one might expect of Freshers’ Week, but throughout those days I found myself surprised by how much Scotland was beginning to feel like home. I spent time with the WaMStAs, who understood what I was working through because they were adjusting to the same situation, as well as with many new friends from my hall.

My first few weeks in St Andrews were chaotic, as one might expect of Freshers’ Week, but throughout those days I found myself surprised by how much Scotland was beginning to feel like home.

These new friends, who come from places in the United Kingdom like Cornwall, Durham and Edinburgh, as well as countries like Hungary and Norway, played a large part in helping me adjust to St Andrews. Like any study abroad student, I have been exposed to diverse cultures through the friendships I’ve made here, but as a WaMStA, I’ll get to experience university with these friends for more than a semester or year.

The idea of an extended study abroad experience is one of the key benefits of being a WaMStA, as I know that I have two whole years to experience Scotland and everything St Andrews has to offer. This can be a double-edged sword, however, as it sometimes stops me from taking advantage of every opportunity a student studying abroad for less time might take.

For example, I know several juniors who have spent their weekends traveling everywhere from Paris to London and Copenhagen. I, on the other hand, have stayed in Fife aside from a short art history field trip to Edinburgh. It’s true that I’ve had an onslaught of essays to work on every weekend, but I still feel like I haven’t taken full advantage of the travel opportunities given by my proximity to Europe.

In an attempt to rectify this issue, I plan on spending a few days in Edinburgh before returning to the states for winter break. I would still like to plan a day trip to Glasgow or somewhere else in the United Kingdom before leaving for break, but if that doesn’t happen, at least I will have traveled somewhere during my first semester.

Next semester, I plan to be more proactive about traveling. Given the fact that we have a two-week spring break, I don’t think this will be difficult. I’m definitely going to visit Dublin, Canterbury and London, but I would also love to see the Netherlands, France, Germany and, if possible, Italy.

I’ve grown so used to life in Fife that I sometimes walk down the gorgeous streets here and have to remind myself that I’m actually living in a country I’d always dreamed of visiting.

In terms of academics, I’m not sure if being a WaMStA has helped or hindered me. St Andrews and the College have extremely different systems of teaching, and if my grades here have shown me anything, it’s that I am much better at meeting American academic expectations. It’s been hard taking second year modules without having the base provided by first year modules, as the first year English and anthropology courses I took at the College are largely incompatible with the ones at St Andrews.

Despite my (self-inflicted) academic and travel woes, St Andrews has completely defied my initial negative expectations. I’ve grown so used to life in Fife that I sometimes walk down the gorgeous streets here and have to remind myself that I’m actually living in a country I’d always dreamed of visiting. Although my second year of college has felt in many ways like a second take of my freshman year, I’m glad that I decided to stick with the programme. It has taught me a great deal about adapting and thriving in new situations, and it has given me two schools that both feel like home.