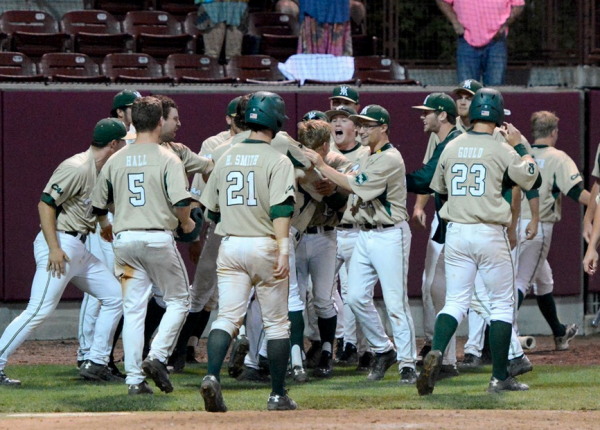 Since the last issue of the spring, the sports desk has been on hiatus. Here’s the rundown on summer updates:

When the school year ended, William and Mary baseball was in second place in the Colonial Athletic Association after winning a series against Towson. A few weeks later, the CAA tournament took place in Charleston, S.C. where North Carolina-Wilmington was the top seed, followed by the Tribe. After falling in its first game against the hosts, the College toppled Northeastern and Charleston to advance to the championship game through the losers’ bracket. Facing the UNC-Wilmington Seahawks, the Tribe charged through with seven runs in the ninth inning of game one to send the game to extras, which were played the following day due to rain. After the delay, sophomore infielder Cullen Large hit a solo homer in the 12th to clinch the win and force a tiebreaker game. The College left it all out on the field with a 14-9 win in the final game to win the CAA Championship, the school’s eighth of the 2015-16 sports year.

Moving on to NCAA competition, the Tribe fell in its first game against 2015 national champion Virginia in regional play. Facing elimination once more, the College knocked off Bryant and played a rematch against U.Va., where the Tribe redeemed itself by eliminating the former champions. In the regional final, the College’s season closed with an 8-4 loss to East Carolina after winning six straight elimination games.

The College left it all out on the field with a 14-9 win in the final game to win the CAA Championship, the school’s eighth of the 2015-16 sports year.

As she had done all year, rising junior Regan Rome impressed in the 5,000-meter run at the NCAA championships, completing an upset of her mid-field seed to finish seventh overall in the nation for her third All-American honor of the season. She finished the race with a time of 16:06.5, less than 10 seconds behind national champion Dominique Scott of Arkansas, who won with 15:57.07.

After the women’s tennis team won the CAA, they once again made an appearance in the NCAA tournament. The team was eliminated in the first round in Durham, N.C. by Texas by a 4-2 margin. Texas was ranked No. 24 at the time while the College was ranked No. 38. However, Elizaveta Nemchinov ’16 was able to keep her career going in the NCAA Singles Championship for a few more days. Ranked No. 99 in the nation, Nemchinov upset No. 48 Andie Daniell of Alabama 6-4, 7-6 (2) to advance to the tournament’s second round. Her dominant career came to a close against No. 14 Frances Altick of Vanderbilt in a 6-0, 6-2 match.

In addition to the incoming freshman class, Tribe fans will notice several new personnel in the athletics department, headlined by a new head coach of the volleyball program. Head coach Melissa Ferris joins the College after working as an assistant coach at Rice, Wyoming and Texas State. The vacancy was filled soon after the spring semester ended, concluding a national search that began in February. Ferris added two assistants in Abby Gilleland as a setting specialist and Ryan Adams as a middle-blocking specialist.

The other huge change from last season is the retirement of Stephen Walsh, the former director of cross country as well as track and field. Walsh retired in late June after six years with the Tribe.

I’ve thoroughly enjoyed my time at William and Mary,” Walsh told Tribe Athletics. “It was a very tough decision to leave. I think that the teams are in a great place to move forward, and I’ll look forward to seeing the coaches and athletes achieve much more success in the coming years.”

The vacancy is filled currently by Alex Heacock ’09, who serves as interim director as the cross country season is set to begin.

William and Mary once again proved to be a source of talent in a non-Power Five school this summer, as some recent student-athlete alumni are now pursuing professional athletic careers. Right after the semester ended and he participated in the NFL Combine, former Tribe free safety DeAndre Houston-Carson ’16 was drafted in the NFL Draft. Houston-Carson was chosen by the Chicago Bears with the 185th overall pick during the sixth round. The former college standout is now participating in training camp with the Bears.

Also from Tribe football, two-time captain and star linebacker Luke Rhodes ’16 signed with the Tampa Bay Buccaneers as an undrafted free agent a few days after the completion of the draft. He also seeks a spot on the final roster by participating in training camp.

Though he did not make the Olympic roster, Tarpey’s career continues in the French Pro B League as a member of ASC Denain Voltaire.

The College basketball team’s European presence grew this summer with Terry Tarpey ’16, Sean Sheldon ’16 and Marcus Thornton ’15 inking contracts to play in European leagues. Tarpey, following in his father’s footsteps, made the French National A Team, the nation’s reserve squad, before the Olympics. Though he did not make the Olympic roster, Tarpey’s career continues in the French Pro B League as a member of ASC Denain Voltaire. Sean Sheldon originally signed a contract to play in Romania earlier in the summer, but now will play for BC Winterthur in Switzerland. Marcus Thornton, who was drafted by the Celtics in 2015 and played in the D-League and in summer league as well as on Australia’s Sydney Kings, now has a new contract with Victoria Libertas Pesaro in Italy. The Celtics retain Thornton’s draft rights should they need another guard on the already guard-heavy team.

Former Tribe baseball standout Charley Gould ’16 was drafted as part of the 2016 MLB Draft in June. He was selected by the Oakland Athletics in the 26th round and was the 772nd overall pick. Gould’s selection extends the College’s streak of MLB Draft picks to five seasons.

Wrapping up the list of recent College professionals, Flat Hat Sports 2016 All-Tribe Athlete of the Year Caroline Casey ’16 made the official roster for Sky Blue FC of the National Women’s Soccer League after being drafted at No. 29 and made two starts for the team.