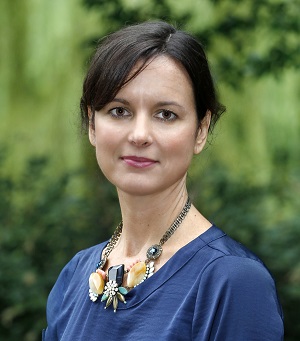 For the College of William and Mary’s Chief Compliance Officer Kiersten Boyce, a career in compliance is not something she anticipated. While Boyce said she has found compliance to be exciting, she admitted that, as a college student, she wouldn’t have considered it an appealing field.

“When I was in college or law school, or even when I was a young lawyer, having a compliance job would have sounded absolutely dreadful to me,” Boyce said. “I wouldn’t have known what it meant, but it would have sounded quite dull and censorious, but it’s actually strangely exciting and creative.”

Boyce attended Dickinson College for her first year as an undergraduate before she transferred to the University of Wisconsin-Madison, where she majored in international relations. During her undergraduate career, Boyce said academics were her focus.

When I was in college or law school, or even when I was a young lawyer, having a compliance job would have sounded absolutely dreadful to me. I wouldn’t have known what it meant, but it would have sounded quite dull and censorious, but it’s actually strangely exciting and creative. — Kiersten Boyce

“I was just really involved in my academics,” Boyce said. “I wasn’t a big sports fan, I wasn’t involved in student government, or much of anything else. I just really enjoyed the library and the work.”

Boyce graduated from the University of Wisconsin-Madison in 1994 and then headed to Georgetown University Law Center. She explained that she was led to law school by her desire to find a career in policy-making that would allow her to make community-based change. However, she didn’t find that change-based career right away.

After graduating from Georgetown Law in 1997, Boyce started her career as a corporate lawyer.

While she explained that working in a law firm was not the policy-making and change-making job for which she had been looking, the work was challenging and served as a stepping stone for getting to her ideal job.

In 2006, Boyce ended up finding that policy and community-oriented job at the College when her husband joined the Marshall Wythe Law School faculty.

She began her career at the College leading the Office of Legal Affairs, but quickly found the opportunity to create a new role that she believed the College needed.

Boyce began advocating for the creation of a compliance officer position after seeing the complexity present in university operations.

She explained that most departments on campus did not have any one individual solely dedicated to issues of compliance, so she created the idea of a small central compliance office that would be a cost-effective and practical way to support the College’s compliance.

Boyce explained that a compliance officer is typically a high-ranking official within an organization that is a charged with overseeing the prevention of unethical or illegal conduct.

While her idea for a compliance office was viewed favorably, it was unclear how it could be funded, as the College and the state of Virginia were going through a period of budget contraction.

Boyce credited College President Taylor Reveley’s commitment to the mission to create a compliance office with helping make the office into a reality.

Boyce launched the Office of Compliance and Equity in 2011.

She explained that making the transition from a corporate law firm to college compliance involved a significant change in mindset.

“What was difficult was getting away from the lawyer mindset,” Boyce said. “There is still a lawyer mindset, but it’s not the same as what the compliance officer wants. I’m not here to defend William and Mary. I’m here to make William and Mary a better place by helping it live up to its ideals. Often that is the opposite of defending it, because I will dig out and find problems, so that they can be addressed and made better.”

These coordinator roles are focused on making sure the College is complying with civil rights laws.

It is under the Title IX coordinator role that Boyce most commonly has contact with students, as she works with students and investigates reports.

She works with two full-time investigators and a deputy Title IX coordinator, along with the Dean of Students Office.

During her 10 years at the College, Boyce has seen how the College has changed the way it handles sexual assault, which included the College increasing its investment of resources to address sexual violence.

“In the whole 10 years that I’ve been here, William and Mary has always had its heart in the right place, and has had the desire to help students by including those who have reported an incident and to do the right thing,” Boyce said.

In the whole 10 years that I’ve been here, William and Mary has always had its heart in the right place, and has had the desire to help students by including those who have reported an incident and to do the right thing. — Kiersten Boyce

Boyce explained that the President’s Task Force on Preventing Sexual Assault and Harassment, which she has been a part of, helped form goals for the College’s compliance efforts.

When reflecting on her 10 years at the College, Boyce cited the formation of cross-functional teams as one of her proudest accomplishments.

Boyce explained that information can get siloed within a large organization like a university, but she has worked to make sure there are teams that are collaborating with one another.

For example, Boyce has a standing weekly meeting with the Dean of Students Office.

Boyce also said that the creation of the College’s policy program, championed by Reveley, is another one of her proudest accomplishments.

“[Reveley] led, and I’m really proud to have helped him implement and now maintain what we call our Policy Program, which is where our process of how we develop, how we decide the policies that we need, how we develop them, and how we get them out there, give notice to the campus community and get their input before they’re finalized,” Boyce said. “So it’s not a radical or I guess a really innovative idea, but it was just really exciting to get be able to build it here.”

While not a career path she had anticipated, Boyce found a way to make meangingful contributions in the field. Looking to the future, Boyce said she is excited to be part of the implementation team for the Task Force on Race and Race Relations.