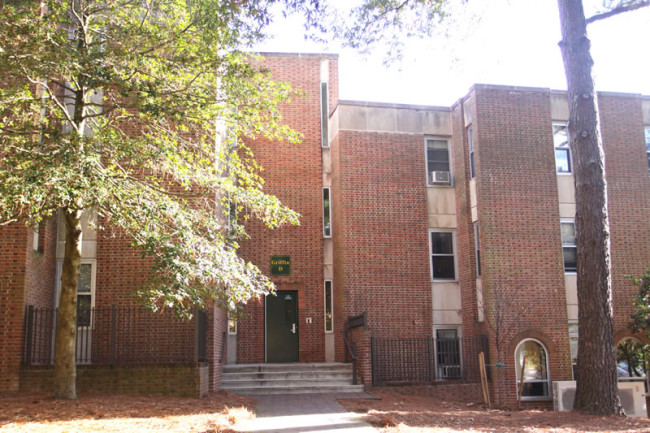 The College of William and Mary announced last January that after almost a decade, gender neutral housing would be allowed for the 2016-17 academic year. At that time, the option was only open for returning students who would be living in apartment-style dorms in the Randolph Complex, Ludwell and Tribe Square.

Approximately a year after this policy reversal, the College announced that after a semester of evaluating the Flexible Housing policy, incoming students would be allowed to select gender neutral housing options when they fill out the housing questionnaire in June and July.

At this time, gender neutral housing will still not be an option for students living in residence halls with hall-style bathrooms, but freshmen living in the Green and Gold Village and the Botetourt Complex who request gender neutral housing will have space on the first floors of each dormitory where there are singles or doubles with private bathrooms.

“[Gender neutral housing] has gone so well,” Director of Residence Life and Associate Vice President for Student Affairs Deb Boykin ’76 M.Ed. ’82 said. “We wanted the first year to be a trial before we made the offer to incoming students.”

While Boykin said she does not know exactly how it will look, the College has given the living learning communities the ability to “self-determine” gender neutral housing. This means that during the room selection process for those communities — which include the language houses, Mosaic House and the Africana House — students and their resident assistants will be able to determine what gender neutral housing will look like.

The language houses have been asking for this for a few years, and last year we just asked them to wait while we tried it out for a year,” Boykin said.

“The language houses have been asking for this for a few years, and last year we just asked them to wait while we tried it out for a year,” Boykin said. “They have a special, on-site room selection process and they’ll be able to work out how they want to do it then.”

According to Boykin, there has been no negative feedback — or any positive feedback — from community members. Boykin credits the waiver that students are required to sign prior to selecting gender neutral housing, which requests that they inform their parents of their decisions to live in a gender neutral room.

For students who selected gender neutral housing this year, many said they have found that the new living option has benefitted their college experience. Alicia Devereaux ’19, who lives in Ludwell, said that being able to live with her best friends has made her academic year better.

It’s just great to be able to live with my friends because one of my best friends happens to be a guy,” Devereaux said.

“It’s just great to be able to live with my friends because one of my best friends happens to be a guy,” Devereaux said. “It really doesn’t feel unusual or special in any way. It feels normal, as it should. But that doesn’t mean I’m not grateful for this option; it would be very upsetting to my roommates and I, as well as lots of other students, if it didn’t exist. It should not only exist but also be normalized.”

Boykin said she is not sure what to anticipate during gender neutral housing selections, which will happen before the normal housing selection process in April. She said she does not know whether or not to expect an increase in students who select the option or changes in which housing options they select.

One of Devereaux’s roommates, Matt Parciak ’19, said that he and his friends have grown closer as a result of the Flexible Housing policy.

“I love that coming home means seeing my two best friends, and we have only grown closer as a result of Flexible Housing,” Parciak said. “Even though we may fight about someone not changing the toilet paper roll or someone changing the channel to a hockey game, living with the most supportive and fun people has made my life so much better.”