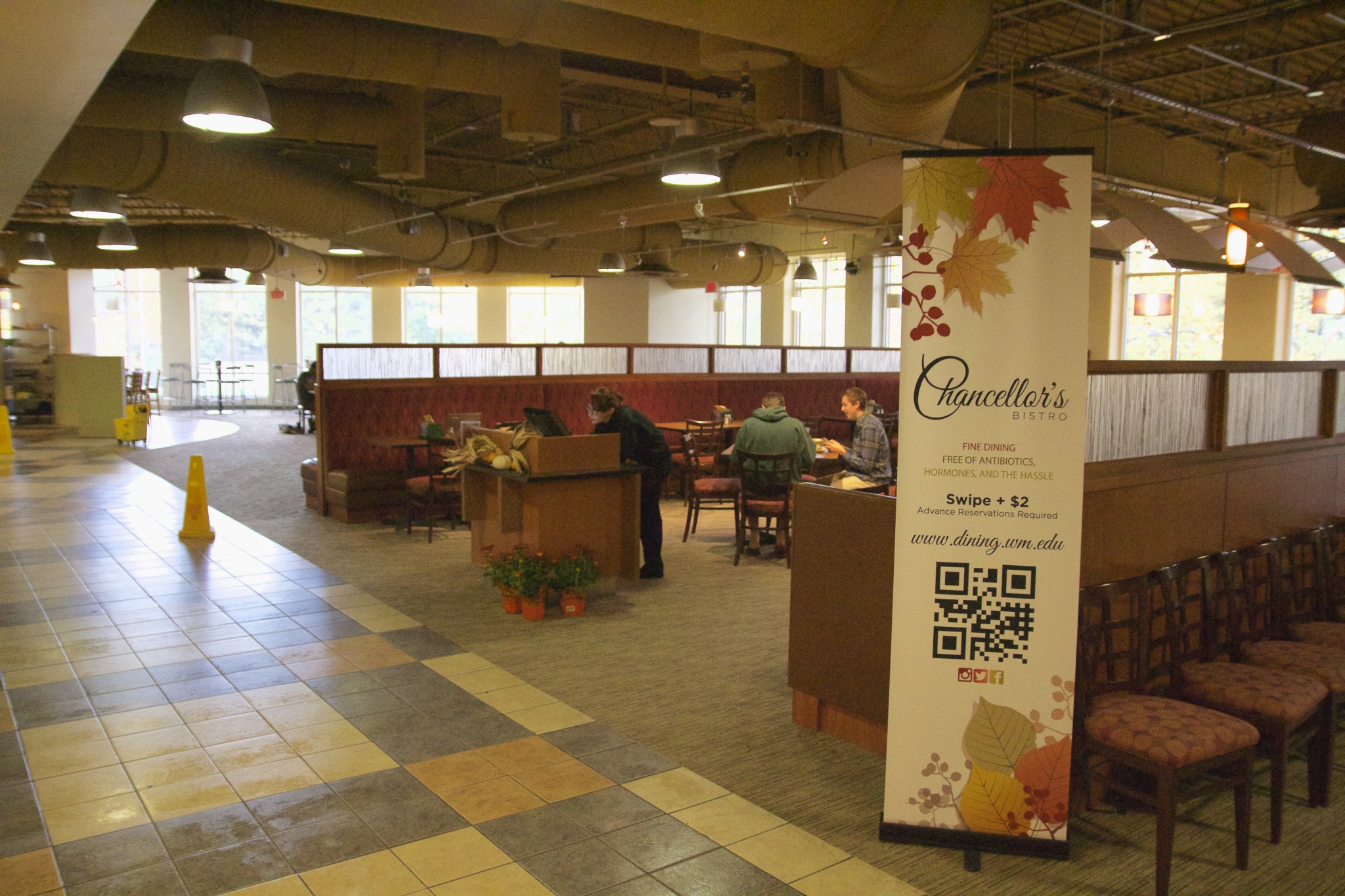 The Chancellor’s Bistro is seeing consistent student turnout, gratifying the restaurant management which aspires to make it a regular dining option for students.

Management reported that business at the restaurant is doing well. Since its opening, the Chancellor’s Bistro has served over 4,000 students. On the first night of this semester, it served 60 students.

“By the end of the fall semester, Chancellor’s Bistro was serving 110 or more guests per night, including reservations and walk-up guests,” directory of auxiliary services Cindy Glavas said. “Friday and Saturday nights are the most popular.”

Located in Commons Dining Hall, Chancellor’s Bistro opened at the beginning of the school year. The restaurant operates on Thursday, Friday and Saturday nights. Reservations at the bistro require an online booking three hours ahead of the desired seating time. The meal costs students a meal swipe and two additional Dining Dollars. The Chancellor’s Bistro emulates a restaurant experience: A hostess greets guests by her seating stand, servers place your meal before you, and your water glass is kept brimming by waitstaff.

The restaurant does not operate independently — its costs are incorporated into students’ meal plan fees. The two dollars plus a swipe covers the cost of food and labor.

Resident District Manager Jeffrey McClure said that the restaurant provides good food. He is a culinary institute graduate himself and was division chef for Sodexo USA for eight years. McClure emphasized that he values student feedback with regard to the College’s dining.

“I think about whether it’s met the student’s expectations, not mine,” he said. “But you know, it’s about making you guys happy.”

In keeping students happy, McClure said he makes sure to hear their opinions. When he has visited the restaurant to ask students for feedback, he has not received critiques directly pertaining to the Chancellor’s Bistro, but he said he plans to incorporate general dining suggestions into the restaurant , including a greater variety of vegan/vegetarian options and Italian and Asian dishes.

“I usually get up there Thursday and Friday nights,” McClure said. “I actually make sure I talk to almost every one of the students that [is] in the restaurant.”

Since opening, Chancellor’s Bistro has elicited varied reactions from students. Edward Choi ’18 said he was pleasantly surprised by the quality of the food.

“I wasn’t expecting too much, but the quality was a lot better than the rest of the Caf,” Choi said. “I thought the portion sizes were good for the prices. Quality-wise, it passed my standards. They put the effort into it.”

Jordan Gilliard ’18 said the food did not appeal to her.

“It was really fancy food,” she said. “It just wasn’t food that I would actually go out to eat. I wasn’t in the mood to venture out.”

In spite of the range of opinions, McClure said he is optimistic about the future of the Chancellor’s Bistro.

“There’s not too many schools that are doing something like [the Chancellor’s Bistro],” he said. “It’s different. Even if we’re wrong, even if we try something and you guys are like, ‘Wow, that sucked [and] we hated it,’ at least we tried something. Being different sometimes doesn’t work all the time. It’s about listening to you guys, and if we get better at that, then it’s a win,”