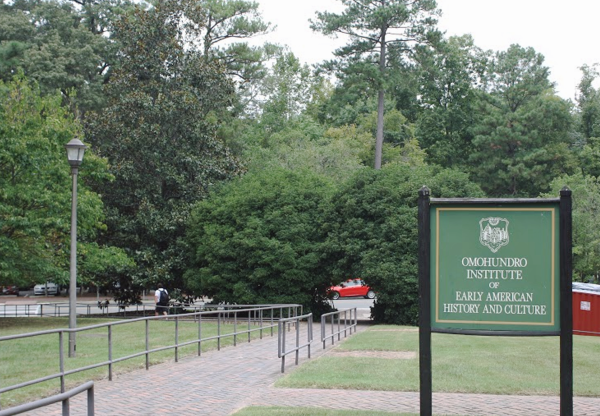 “The Omohundro Institute was a valuable partnership, but one that commanded significant resources relative to its advancement of our core mission,” Straw said in an email.

Colonial Williamsburg Foundation spokesperson Joe Straw said the Foundation’s sustainability concerns, including the need to focus resources on its core missions of preservation and historical interpretation, fueled the decision.

“The Omohundro Institute was a valuable partnership, but one that commanded significant resources relative to its advancement of our core mission,” Straw said in an email. “Colonial Williamsburg’s legacy at Omohundro lies in its cofounding of the Institute and in its support for the Institute for more than 70 years. The Foundation’s close, constructive relationship with the College remains and will continue, and President Reiss intends personally to ensure that as a former faculty member and administrator.”

In a statement first released on the Institute’s website on July 1, Institute Director Karin Wulf thanked Colonial Williamsburg for its years of support.

“As this situation has unfolded many have asked about the Institute’s prospects,” Wulf said in a statement. “I don’t want to downplay the seriousness of the loss of CW’s support, but I do want to assure you that we will continue to staff and support our core programs that have, since 1943, advanced early American scholarship: publishing books and the William and Mary Quarterly and offering conferences and fellowships.”

The Omohundro Institute — which was renamed in 1996 to honor an endowment given by Mr. and Mrs. Malvern Omohundro Jr. — provides support to scholars and publications, including the William and Mary Quarterly. Founded in 1892, it is one of the oldest history journals in the country. The William and Mary Quarterly is currently in its third series, which began in 1944. Its scholarship focuses on North American history prior to 1820.

In a statement, College President Taylor Reveley said that the College will continue to support the Omohundro Institute. He noted that that the College remains committed to sustaining the organization’s research and scholarship.

The Institute will also continue to receive support from the National Endowment for the Humanities, which funds an annual two-year fellowship, and the Andrew W. Mellon Foundation, which has funded a one-year fellowship since 1997.

In her statement, Wulf noted that the Omohundro Institute’s 75th  anniversary is coming up.

“It will be a wonderful opportunity to toast the Institute’s contributions to scholars and their scholarship, our enduring values of excellence in research and publication, our traditions, our community and our bright future,” Wulf said.