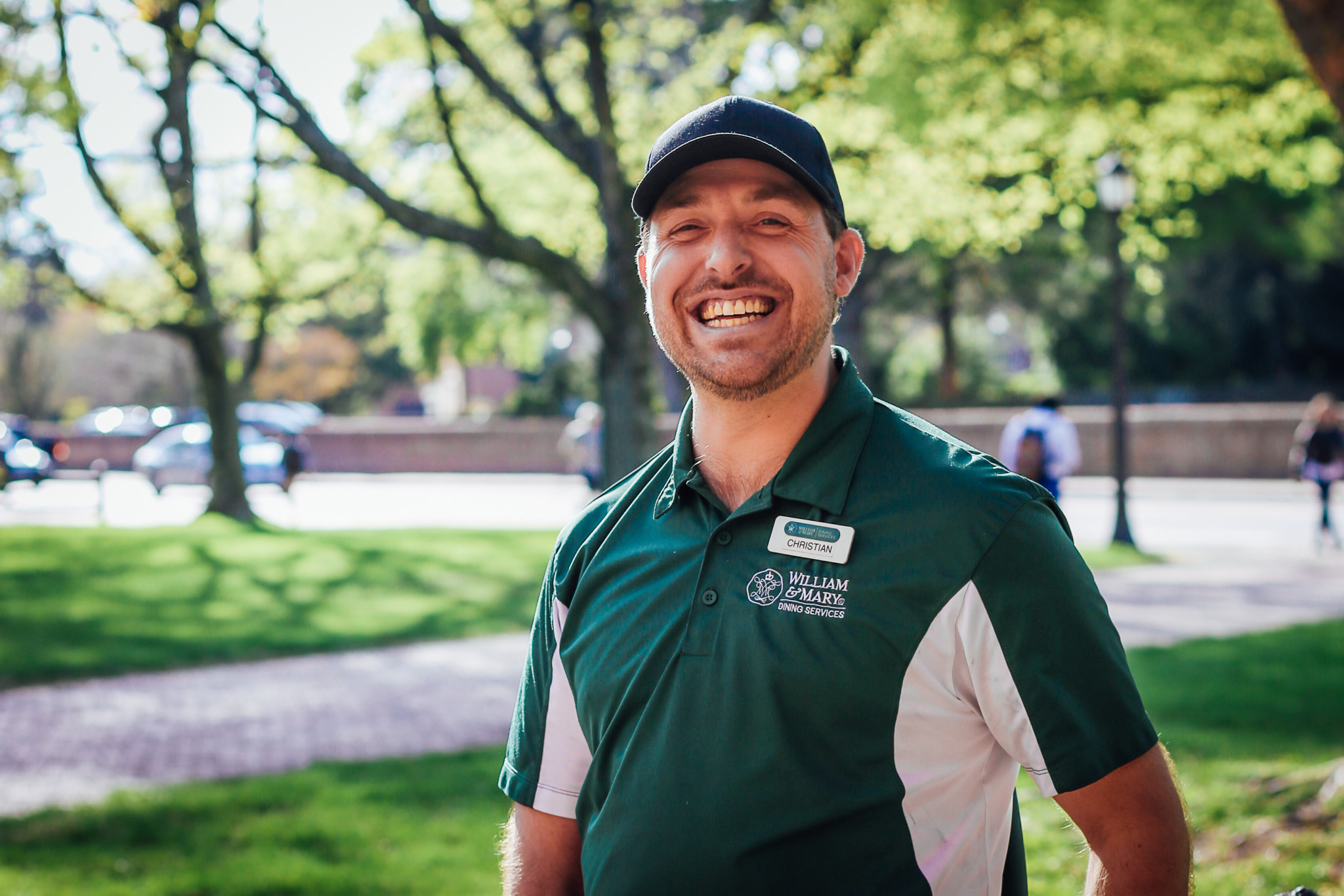 Students who frequent Marketplace at dinner time are sure to be familiar with Christian Olver, the cashier who greets everyone who enters the dining hall with a cheesy grin and exclamations of “Oh my goodness!”

According to Dining Services Retail Operations Manager Jason Vercammen, Sodexo employs over 89,000 university services employees across the country who could have won this award. In light of how big this achievement is, Christian will be recognized at Dining Services’ campus-wide meeting this week, where he will receive a plaque in his honor and a financial prize to celebrate his accomplishment.

Christian said that initially, he did not realize how broad his recognition was.

“I didn’t know how big it was; I didn’t even know it was going to be bigger than outside of the College,” Christian said. “Then I found out that it was much more than that. It was through all of Sodexo food service, and it just went from the College to the district and from the district to national and somehow my name was spread. It’s wild to me.”

Marketplace Supervisor Raymond Heffernan placed “congratulations” balloons by Christian’s cash register so that students would ask Christian about them and learn about the award that he won.

“Pretty much every student knows Christian,” Heffernan said. “He got nominated because of his customer service and his friendliness and welcomingness … He’s very genuine, and I think the students can see that.”

Heffernan hasn’t been the only one talking up Christian’s accomplishments. Christian’s father, James Olver, is a professor at the Mason School of Business and said that he was excited to spread the news about the award his son won.

He said that winning this award is just another example of his son going above and beyond in everything he does.

“Chris was hit by a car at the age of two — if you notice his limp and limited use of his right arm, that’s the result of the damage to the left hemisphere of his brain back then,” Olver said. “It’s a lot like having a massive stroke. Chris was not expected to live through the night. He did. The brain surgeon warned us to be prepared for the possibility that he might never talk or walk again. He did. He rode a bike too. The schools warned that he wouldn’t be able to handle the physical or mental demands of a normal school day. He did … Nobody thought he’d be able to get a regular high school diploma. He did. Or manage to keep up with full-time work. He has, and has had at least one job since his early teens. Usually two, to make ends meet. And he has done it all with that big grin firmly fixed on his face and words of encouragement for all and probably a big hug.”

Christian said that he didn’t know how to respond when he found out that he won the award. He said that the Marketplace staff learned about it in a meeting Wednesday, and the news is still sinking in for him.

For Christian, his job at Marketplace, where he’s worked since 2012, has allowed him to be true to himself and to meet new people.

“I can be myself, which is being able to be talkative and silly but serious at the same time,” Christian said. “I like just getting to know the students, as well as anybody else who comes in the door, regardless of if they’re having a good day or a bad day, if there’s something big happening, or if it’s just another day, I want to hear about it.”

For many, Marketplace wouldn’t be the same without Christian’s bright, joyful presence. Heffernan said that even outside of work, Christian has a sunny personality.

“He’s born with the happy gene,” Heffernan said. “I’ve never seen him ever not smile. On a personal level, he will do anything for you to help you … On a personal level, he’s exactly like he is on a professional level … There isn’t anything you can’t ask him to do, and he will do it every day, all the time, respectfully and with a smile on his face. It’s my honor to work with him.”