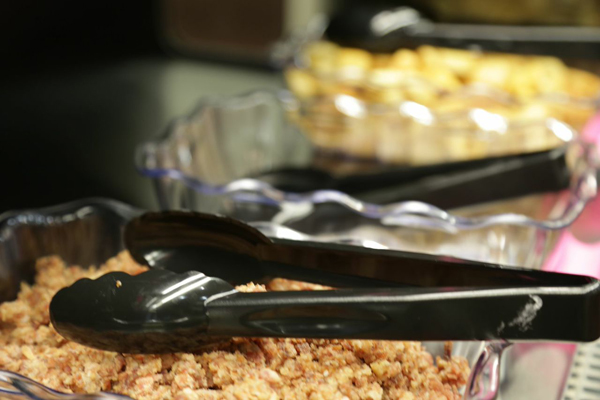 Sodexo USA became the College of William and Mary’s new dining services provider July 1 under a 10-year contract. To better understand the context of the administration’s selection of Sodexo and its significance for the future of campus dining, The Flat Hat requested official documents and emails related to the decision using the Freedom of Information Act (FOIA).

Among three bidders, the administration ultimately chose Sodexo, which at the time was facing protests for one of its labor-compensation policies.

In August 2013, Sodexo changed its definition of a full-time worker, to whom the company would need to provide health insurance under the Affordable Care Act. The change classified full-time workers as employees who worked an average of 30 hours per week over a 52-week period and redefined thousands of college dining workers as part-time labor if they did not work during the summer sessions and other breaks, thus denying them company healthcare benefits.

In March, one month after Martin announced the College’s selection of Sodexo and three months before Sodexo revised the controversial labor practice, members of the organization Living Wages at the University of Virginia protested the school’s consideration of Sodexo, citing claims that the company deprived low-wage employees of healthcare benefits, as reported in The Cavalier Daily. An April 3 article by the newspaper reported that Patrick Hogan, the University of Virginia’s executive vice president and chief operating officer, announced that Sodexo was not officially under consideration as the university’s new dining services provider because the company never submitted a bid for the contract.

Sodexo revised the controversial policy in June after protests at the University of Virginia, the University of Vermont, and other colleges and universities. However, the protests were not cited as the cause for the revision. According to a June 27 article in The Wall Street Journal, Sodexo also announced “it will provide a credit to employees who work at seasonal locations such as universities. So if such workers log an average of 30 hours when school is in session, they will be credited with similar hours for the weeks when school is closed, for the purpose of classification.”

Though the labor policies have since changed, the manual given to new College Sodexo employees in May contained the protested labor practices. The benefits section of the document reads, in part, “Employees who are classified as full-time status are eligible for the following benefits. To be considered full-time, an employee must work an average of 30 hours per week for each 52 week measurement period from October to October.”

During the fiscal year 2012-13, 73 percent of non-student campus dining workers at the College were listed as full-time under Aramark, the College’s previous dining provider. Many of these employees could have been reclassified as part-time under Sodexo because of the long breaks inherent in college dining. These labor practices were in place when the College announced its intent to award the dining contract to Sodexo, though Sodexo changed these policies after the contract was signed.

Sodexo’s definition of a full-time worker was not specifically mentioned in any of the hundreds of email correspondences or pages of official documents obtained by The Flat Hat in relation to the decision.

“This was not an area that was considered or scored as part of the procurement process. The College is not involved with how Sodexo, or any contracted service, interprets and responds to federal laws. However, the College did require that Sodexo hire hourly employees, who wanted to transition to Sodexo from Aramark, into a similar position and honor their accrued seniority for benefits and pay,” Director of Auxiliary Services Cindy Glavas, a member of the Dining Services Committee who made the eventual decision, said in an email last week.

One of the questions in the College’s follow-up to Sodexo’s proposal references a drop in labor costs under the company’s projections. The College asked Sodexo’s representatives to clarify if their projected $1.48 million reduction in labor between last year and their first year of operation would affect the quality of services. In its answer, Sodexo did not describe where these reductions were coming from.

“It starts with leading by example,” Sodexo’s answer reads, in part. “Sodexo’s on-site

leadership team is on the floor during peak hours working to motivate and inspire team excellence and to promote individual accountability. It is crucial that hourly employees understand the new vision for dining services and the role they play in bringing that very different vision to life. From day one, our operations team will provide each employee clear and definite expectations for service excellence. Each day, the resident district manager, executive chef, and members of the operations teams will conduct daily huddles with the hourly employees at each venue. These huddles occur at each service station and ensure the team is engaged and understands specials, promotions, menu enhancements, and service delivery expectations. Finally, employees will receive more than a 1,000 hours of training to help them enhance their skill sets and deliver outstanding customer expectations.”

While The Flat Hat could not determine the original labor costs that are being reduced under Sodexo according to the proposal, the total labor projected for year one on the pro-forma was $5,911,000.

In October 2013, Timothy Donovan, chancellor of Vermont State Colleges, told Sodexo that the company could not implement the full-time worker definition changes, citing the organization’s original contract with the company. The official contract between the College of William and Mary and Sodexo, signed May 6, two and a half months before Sodexo reversed its definition of a full-time worker, and less than a month before it took over operations, does not feature any provisions for Sodexo’s responsibility toward its workers after they’ve been hired.

Sodexo announced the relaxation of its definition of full-time worker June 24, which the company said was part of a standard review of company policy. At the time of the change, frequent protests at campuses across the country and calls for unionization among cafeteria workers were occurring.

“I think that all organizations over the past two years, since that change came in the ACA, private and public organizations are all trying to figure out,” Martin said last week. “For example, it took us a year to figure out how we were going to treat adjuncts under that circumstance, and you had to wait for the IRS to give you some definitions and those sorts of things. So I think it was just because you were in the middle; it wasn’t like it was already established and they were working it out in the middle of that. So I don’t think there’s anything there other than they were figuring out how to do it under the new conditions we are all working under.”

In its initial proposal, Sodexo stated, “Financial agreement will be adjusted to reflect additional costs incurred by Affordable Care Act.” However, this stipulation was not made in the official contract, and Martin said Sodexo’s recent switch would not affect the financial projections of the partnership.

“It all fit together,” Martin said. “We knew at the end what it would be so we know in the end what the finances are.”

During the selection process, the seven-person selection committee rated Aramark, Sodexo and Chartwells/Thompson — a vendor who was removed from the process by the final decision — on SWaM utilization (the utilization of small businesses and businesses owned by women and minorities as vendors), responsiveness, experience, cost and product capabilities. The last two categories were weighted the most. The group’s aggregated scores decided the selection and, of the seven committee members who ranked the vendors, one student, Colin Danly ’15, was included. At the time, Danly was a Student Assembly senator for the Class of 2015.

Sodexo had a larger composite score in all five categories in the final selection process, receiving a total of 603 points to Aramark’s 527. Though the largest discrepancy by percentage was in the SWaM section, Sodexo’s 25-point advantage in the cost category was instrumental in its selection as outlined in the table below. It is not clear whether the company’s redefinition of full-time workers had any effect on the competitiveness of Sodexo’s financial agreements with the College.

The year one pro forma projections made by Sodexo included total revenue of $16,251,353 with $5,911,349 in labor cost, $6,161,951 in product costs, and an operating cost of $935,944. Sodexo’s initial proposal from the evaluation sheets stipulated a $250,000 annual commission for the first five years of the contract term, though that number increased to $600,000 over the course of the negotiation process. Jan. 28th, six days before the email announcement, Sodexo agreed to the following term: “The reasonable compensation for the dining services at the College of William and Mary is $600,000 for the first year. If the total compensation received or retained by Sodexo in any fiscal year is more than the Reasonable Compensation, Sodexo shall refund the amount of any such excess to University within thirty days of the end of such year.” Sodexo projected a $7,493,201 revenue increase between year one and year ten and an overall revenue total of $198,852,444 over the ten-year period.

William and Mary’s projected profits from Sodexo’s operations were redacted in the official documents received by The Flat Hat, and how much the College stands to potentially gain from the agreement remains unclear.