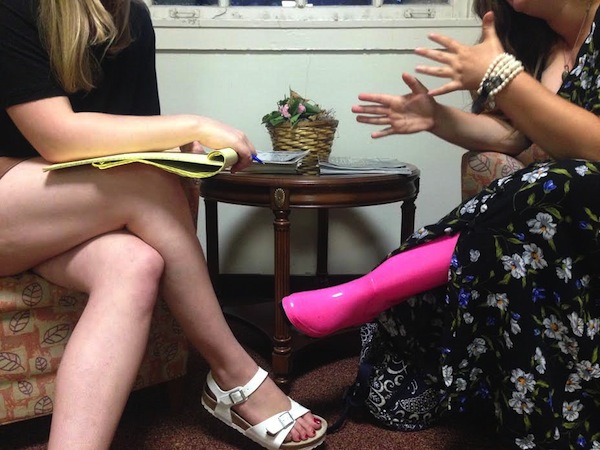 The recent suicide of Peter Godshall ’15 left the College of William and Mary community with far more questions than answers. Many students, whether they knew him well or not at all, are being forced to confront issues of depression and mental health that they or their friends may be facing. Meanwhile, mental health resources on campus grapple with a fact that has once again made itself clear: While mental health services are available, students do not always benefit from them.

“In the aftermath of tragedies, such as the loss of a student, we reach out to faculty, staff, students and others in a series of concentric circles beginning with those closest to him and growing our outreach from there,” Director of the Counseling Center Warrenetta Mann said in an email. “We have held a number [of] group and individual sessions as we have become aware of people that have been impacted by Peter’s death, and other losses that have occurred this year.”

The counseling center is advertised as one of the College’s go-to resources for those struggling with mental health. The experiences students emerge with, however, are mixed. One student, who wished to remain anonymous, agreed to go to the counseling center after being hospitalized for an alcohol-related incident. The student had met with administrators from the Dean of Students Office before, but never had an appointment with a counselor.

“Upon entering the center for the first time I was instructed to fill out a lengthy survey regarding my life, experiences, the [situations] I had been involved in, and practically anything that could influence my mental health,” the student said in an email. “After completion I was assigned to a counselor for a first meeting consultation and evaluation. This counselor was a grad student on rotation. She was aware of my conduct violation (a violation of privacy in my opinion) and had reviewed the survey I completed. Within the first 10 minutes she suggested that I leave the CC and seek outside help. I told her many times that I did not have money to do so and I had no desire to. [Throughout] the semester that I saw my counselor she continued to tell me that she thought I should seek help off campus. While I understand that there are limits to what the counseling center can accommodate, it has been my experience that the more the school views you as a risk the more they push you to leave the CC. The school does not want to accept the risk of having been your care provider should you decide to do something tragically drastic.”

This student is not the first to express the feeling that his or her problems are seen as a liability by the College. Senior Assistant Dean of Students Donna Haygood-Jackson denied that the risk to the College’s image is a factor in the care a student receives.

“That’s the least thing that we ever think about,” Haxgood-Jackson said. “It’s more, can we provide the environment and the protection [that a student needs]? It’s not okay for a student to be here and be falling apart and be suicidal, and their friends having to take care of them. … The friends are wonderful, but they’re not professionals. So by no means do we ever see that as a liability. That’s never even crossed our mind.”

In an attempt to bridge the gap between students with problems and staff who may be able to help, Haygood-Jackson runs Care Support Services, in which she meets with students confidentially to address a problem and direct them to the appropriate resources.

Care Support Services is a new name for an already existing program — a change that ushers in renovations made this year to streamline the process and allow students to access help more efficiently. Haygood-Jackson has also been working with students on how best to advertise the service.

“We’re still going to be doing what we were doing before, but we’re making it more open to students so you don’t have to go through layers to get to me through the dean’s office, but if you just had a question you could come in,” Haygood-Jackson said. “It’s not in place of any services … it’s just helping guide you to those services and giving you kind of a safe place to talk about it.”

Haygood-Jackson is available to students who are experiencing any range of difficulties — social, academic, personal or just concern for a friend. She also actively reaches out to students who may be struggling. Based on Care Reports, which are filed by RAs or faculty on behalf of a student who is exhibiting unusual behavior, she conducts “wellness checks” by calling the student and offering to listen.

She and Mann both said that in cases where the College is unprepared to provide the student with care, the student is referred to an outside source. When off-campus therapy is involved, however, time, money and distance can become problematic, leaving a student feeling like the counseling center, though ill-equipped, is his or her best option for getting help.

“I met with my counselor for one semester and noticed no change in my mental health,” the aforementioned student said in an email. “Although I originally went to the center in an attempt to get the school to stop badgering, I genuinely did hope to find help. However, I found that my counselor was mostly useless, often overwhelmed by my blatant honesty, and never offered any concrete advice or direction. It came to the point that I had to censor what I was saying so that I didn’t overwhelm my counselor.”

The counseling center operates on regular business hours. However, if a student needs immediate help during off-hours, an on-call psychologist can be reached by phone at any hour of the day through the William and Mary Police Department.

Appointments with the counseling center can be made over the phone or in person, but not online, which Mann said can be intimidating for those already ambivalent about reaching out.

“It does take a lot of courage to make that first call and walk through the door,” Mann said. “In addition to compromising confidentiality, email communication related to seeking mental health care really only delays the process. Eventually a student has to be willing to talk about what is going on for them. We find that making that first phone calls helps students to make more rapid movement toward help.”

HOPE Vice President of Mental Health Branch Rachel Boykin ’15 is a patron and advocate of the counseling center. She also spent a semester on the Counseling Center Student Advisory Board. Though Boykin lauded the quality of the center’s services, she acknowledged that the absence of an option for electronic communication could be a barrier to access. She suggested an online form as an easier way to make appointments, but encouraged students to seek help anyway.

“I can tell some people might be intimidated by walking through those doors,” Boykin said. “But there shouldn’t be any stigma attached to it.”

The stigma associated with mental health raises its own questions. It is elusive. It’s widely discussed, but not often tangible, making its eradication a challenge. Student Assembly President Colin Danly ’15, who has also used and commended the counseling center’s services, ran on a platform rooted in increased mental health awareness, but said that the stigma causes people to keep their problems hidden, and thus is itself hard to spot.

“I wish I had a better measure,” he said. “I wish we could immediately poll people without them even knowing to say, like, ‘Oh, I need some more help,’ or ‘I need to work on this.’ But we can’t. So you really have to work to try to figure out how we can consistently come up with a message that asking for help is not only something we do on this campus — it’s encouraged.”

While asking for help does not come with a guaranteed cure for depression or other problems, though, it is not difficult to understand why students may be hesitant to utilize resources they have little faith in. For some, this means taking the risk and reaching out anyway. For others, it means continuing to lean on friends for support or to suffer in silence. As the College embarks on the path toward recovery after the loss of a student to suicide — a path it has trodden several times before — the questions the community is left with beg answers more loudly than ever.

Correction: The counseling center does not employ a psychiatrist. An on-call psychologist can be reached by phone at any hour of the day through the William and Mary Police Department.