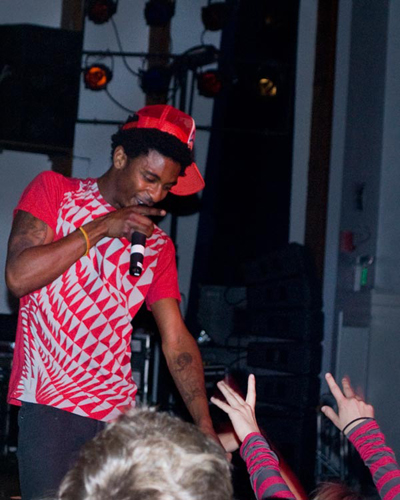 Artists Shwayze and Amtrac will co-headline the “Celebrate You” concert co-sponsored by the Student Assembly, the Inter-Fraternity Council, AMP and Health Outreach Peer Educators.

The concert is slated for Saturday, Oct. 25, as a culmination of the Celebrate YOU Initiative, which will run programs on health and wellness the week leading up to the concert.

Shwayze is a rapper known for his songs “Buzzin” and “Corona and Lime.” He also starred on the MTV reality show “Buzzin.” Amtrac is a DJ and vocalist in the dance music world.

SA Colin Danly ’15 anticipates that the artists will be popular amongst students and will allow them to take a break from work. Danly explained that the week as whole, will hopefully remind students to be positive.

The idea for a concert began within the IFC, as they were interested in finding ways to get members of the Greek community involved with ongoing discussions on mental health and wellness. The SA, AMP and HOPE then got involved with the effort.

The Celebrate YOU Initiative is focused on healthy living and community. The four sponsoring organizations will collaborate to put on events addressing this subject throughout the week, with the concert occurring at the end of the week as a final celebration.

“This will be a week focusing on what’s right with you, so we are going to be looking at all aspects of wellness; including health, including different small things that you can do to increase your general life satisfaction. And we are going to doing all these events kind of in a way to promote positive stress relief,” Lorenzen said.

Danly said he sees the concert as a positive stress outlet as well as a chance for the campus to unite as a community.

“We don’t as a campus often come together and celebrate things. … It really gives a chance for the campus after Homecoming, after midterms, to take a collective breath together,” Danly said.

Arvin Alaigh ’15, the head of AMP’s music committee, explained that this partnership between the SA, HOPE, AMP and the IFC for the concert has been a lot to manage, but he expressed excitement that the collaboration will draw in many people from all over campus.

“I think it’s going to be good in [that] we are engaging multiple facets of the student body, which is another good thing. That’s another one of the reasons I’m really excited about this, because there’s just so many walks of campus coming to this,” Alaigh said. “HOPE has over 300 members, IFC in terms of Greek life, is a sizable portion of campus, AMP has a loyal following in terms of their events and SA just kind of is permeating all throughout campus. We have a lot of different people who are engaged with this.”

Lorenzen shared her hope that the week will teach students about living happily and healthily.

“I’m really hoping that people come out of the week with a new awareness of themselves, in that everyone needs to find healthy was to celebrate their many successes in life in order to really be happy and to live a full life,” Lorenzen said. “And I’m hoping that people will be more aware of that and more aware of the different resources that we have on campus to ensure that they can reach that holistic level of wellness that we’re hoping for.”