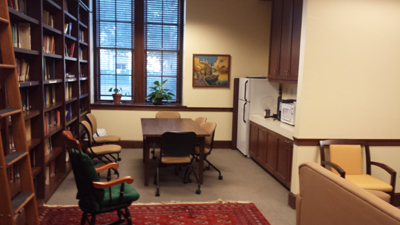 However, prisoners across the state of Virginia work every day to assemble the majority of the College of William and Mary’s furniture, including pieces in dorm rooms, offices and classrooms. In obtaining the furniture, the College does not go directly to prisons, but through Virginia Correctional Enterprises, an institution established over 75 years ago by the General Assembly of Virginia as a work program for the incarcerated.

Through VCE, state prisoners produce goods and services for all agencies funded by the Commonwealth of Virginia. This means that the College is not alone; all other Virginia state-funded schools, public lower education institutions and publicly-funded hospitals, among others, are obligated by law to purchase furniture through VCE.

Director of Procurement Services Greg Johnson said there is a long history between VCE, the prisons and the College.

“It’s been going on for eons,” he said. “The structure for VCE is such that they fund themselves — the legislature wanted to have a way to give people who were incarcerated a way to learn job skills, and that’s how they came up with this program.”

Johnson said the prison program has adapted over time.

“The world’s changed a lot since the day they first started this — a lot of furniture was actually being built in the prisons,” Johnson said. “Now VCE also distributes furniture — VCE now buys furniture other office firms sell and resells it, and they assemble it. [The furniture] comes in knocked-down boxes, and the prisoners assemble it and it gets delivered.”

Economics professor Peter McHenry said the program does not have a major effect on the College’s cost for furniture.

“Furniture is a very small share of the college’s costs,” McHenry said. “If furniture costs fall even by a lot, proportionately it is not going to make a big dent in the overall costs of the College.”

Prisoners in this program make around 25 cents an hour, $7 less than the legal minimum wage. Jennifer Horowitz ’18 said she believes that, despite what she sees as low wages, the program offers a good opportunity to give the incarcerated work experience.

“I feel good about it,” Horowitz said. “We’re giving [the incarcerated] an opportunity to be productive and contribute to a society, which when they were arrested was [an opportunity] taken away from them,”

In a similar vein, McHenry said making 25 cents an hour is better than making nothing.

“I’m not an arbiter of fair … but if the prisoner is not allowed to work and you offer the prisoner an offer to make more than zero dollars, that’s an improvement,” he said.

Johnson, McHenry and Horowitz also emphasized that the purpose of the program is to increase employability and to build up prisoners’ skills, not unlike programs in prisons helping the incarcerated gain college credits or GEDs.