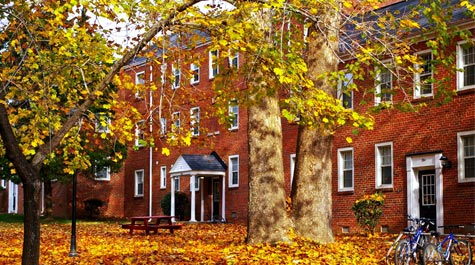 The number of fire alarms set off at the College of William and Mary over the past three years continues to decline.

When an alarm is activated on campus, the alarm goes through the William and Mary Police Department, immediately notifying officers. The 911-dispatch center is then notified, and the fire department dispatches a team to the College.

The William and Mary Police usually arrive first and notify the Fire Department regarding the situation surrounding the alarm’s activation.

Attempting to lower the number of alarm activations in graduate housing, Meiers and a professional chef held a program last year to promote cooking without high heat and smoke and to educate residents on how fire alarms are triggered.

“What we can do is very, very little,” Meiers said.

Fire alarms with unknown causes trail closely behind private kitchen alarms, accounting for 17 percent of all 2013 alarms and 16 percent in 2014 thus far. An activation is considered unknown when the police officers who arrive on the scene are unaware of what exactly set it off.

Other very common sources of fire alarm activations are communal kitchens, — which hosted 13 percent of triggered alarms in 2013 and 18 percent so far in 2014. These situations involve alarms being activated in residential hall kitchens.

Twelve percent of the activations in 2013 and in 2014 so far are attributed to the fire alarm’s system. Although the system is designed not to set itself off when there is something wrong, the system can become impaired and may make it think it is on fire.

“I have no impaired or broken fire alarm systems in any building on this campus,” Meiers said.

If an alarm is broken or impaired, it is only allowed to be in such a state for eight hours, which is the equivalent of one workday.

Residents and other occupants of a building are required to exit the building when a fire alarm sounds and face repercussions if they choose not to do so.

“For every student that [doesn’t exit], and chooses to do it, I have to write an [interdisciplinary report],” Meiers said.

Despite the fact it can be tempting to stay inside when a fire alarm goes off, exiting the building is imperative.

“I walk out of the shower and am going to my room and the alarm goes off … so I got dressed and went down five minutes [late],” Adeola Adesuyi ’18 said.

The number of actual reported fires shows no correlation to the alarm activations, given that there was one reported fire in 2012, zero in 2013, and have been four in 2014 so far.

One unique example of a fire reported in 2014 involved an electric recycling truck catching on fire outside of Ludwell.

“This is the very first documented fire from an electric vehicle on campus,” Meiers said.