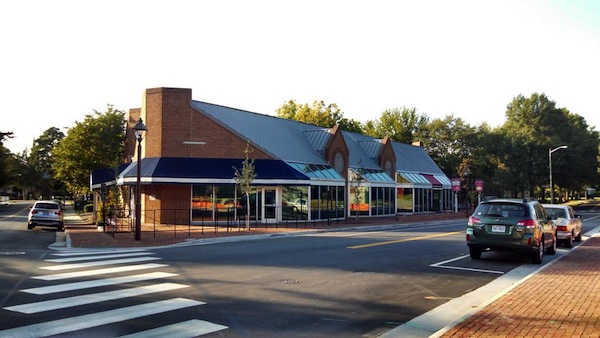 Although it is not often considered a multicultural hub, Williamsburg is branching out this spring with the addition of Triangle, a tapas bar, which is expected to open May 1.

Located in the city-owned Triangle Building, the new bar and restaurant will occupy the space previously held by the Jewish Mother, a deli which was evicted in August due to defaulting on its lease.

City Council Member Scott Foster ’10 J.D. ’14 said he is excited about the diversity that a Spanish restaurant could add to the area.

“For a long time Williamsburg has needed a sort of mid-range place for students to go as an alternative to the delis,” Foster said.

A traditional style of Spanish cuisine, tapas come in a variety of forms — from simple to savory — and are often served as a snack with drinks or in combination with other plates to make a meal. A bar and live music are planned to accompany the establishment’s food. The proprietors are contacting local musicians – including students at the College of William and Mary – to offer performance opportunities.

Students said they are looking forward to the opening. Katelyn Reimer ’17 is a resident of Sorority Court and lives less than a block away from the Triangle.

“I feel excited about a tapas bar coming to Williamsburg because I really enjoy Spanish cuisine and I think that having a more cultural experience so close to campus is a cool thing,” Reimer said.

Some also voiced hope that the new location will act as a bridge between the delis and Merchant Square area. Kyle Frego ’17 said that he thinks it could work.

“I think a tapas bar adds nice variety to the options for college students in Williamsburg,” Frego said. “It definitely has potential to compete.”

There are some concerns about the location due to the Jewish Mother’s recent failure. However, due to its location one block from Richmond Road at the intersection of Prince George Street and Armistead Avenue, Foster said he thinks the Triangle is likely to succeed.

“In the past, the Triangle Building has been an island and that is no longer so,” Foster said. “With the building that’s going up on the corner there, across from the Triangle Building, that streetscape is going to be continuous all the way from Prince George and Merchant’s Square up to the Triangle Building. My hope is that we can significantly increase foot traffic and general vibrancy, which will in turn better support that business.”

The Triangle will join two other restaurants set to open on Prince George Street in 2015 — Oishii Japanese Ramen and Hibachi Grill and Rick’s Cheese Steak Shop.