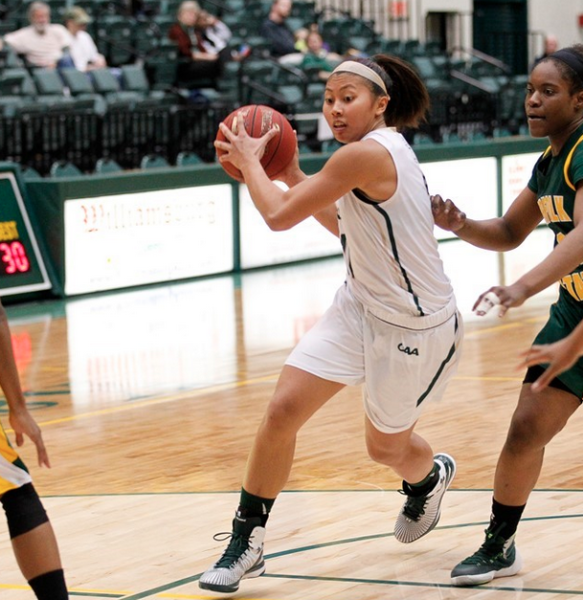 Though an untimely loss to Virginia Commonwealth ended William and Mary’s chances for having its best start to a season in program history, the Tribe fixed its sights on breaking a rather unsightly record: its  0-5 losing streak at Towson dating back to the 2008-2009 season.  In the College’s second Colonial Athletic Association matchup of the season, William and Mary cruised past Towson in a 73-54 victory on the Tiger’s home court in Towson, Md. Jan. 8.

“Great energy, I thought we won the game in the first five minutes of the second half,” head coach Ed Swanson told Tribe Athletics. “We came out of the gate real strong, and played good team basketball on the offensive end.”

Team-oriented basketball is one major advantage for the Tribe, as the College (11-2, 2-0 CAA) racked up 23 assists to the Tiger’s nine. With the top pass-first attack in the CAA, the College sped ahead to a 11-6 lead sustained by four points apiece by sophomore center Abby Rendle and freshman guard Bianca Boggs. Towson never recovered the advantage for the remaining 34 minutes and 38 seconds.

We came out of the gate real strong, and played good team basketball on the offensive end.

The Tigers (4-9, 1-1 CAA) did narrow the gap to 16-12  but failed to build any momentum to end the first quarter, surrendering nine points from turnovers to the opportunistic visiting Tribe. The front 10 minutes ended with Towson down 22-13. However, Swanson still saw room for improvement out of his team.

“We got a little away from [team-basketball],” Swanson told Tribe Athletics. “We took some quick shots that lead to some quick baskets by them in the first half.”

Towson recovered in the second quarter, bringing the score to 26-24 with four minutes till intermission, and again within a basket at 28-26. The efforts inside the paint and off the glass fueled the Towson offense, as it held identical advantages in rebounds and points in the paint —the Tigers outrebounded the Tribe 12-8 in the second quarter and outscored the College 12-8 inside.

However, the Tribe managed just enough offense to maintain a lead into the locker room , at 33-28.

Junior forward Alexandra Masaquel provided a spark to get the Tribe rolling into the second half with a steal on Towson’s opening possession. Masaquel dished out the pass to junior guard Marlena Tremba, who cashed in the turnover points with a foul to boot. The offensive continued to roar into the third quarter, speeding off to a 15-2 run that effectively sealed the game. Masaquel proved once again to be a crucial weapon of the Tribe — as she has all season — narrowly missing her fifth double-double of the season with 15 points and nine rebounds.

Towson stopped the bleeding briefly with a basket at 49-32, but the brief offensive production proved to be token points compared to the Tribe’s continuous production. The third quarter ended with an insurmountable William and Mary lead of 59-35.

The Tigers never threatened to pull the upset throughout the fourth quarter, the lead varying between 26 and 18 points, as the Tribe cruised through the final quarter for the 73-54 victory. Tremba led the Tribe in scoring with 16 points, Masaquel and Rendle right behind at 15 points each.

The College continues its CAA schedule at home against Drexel in Williamsburg, Va., Jan. 10.