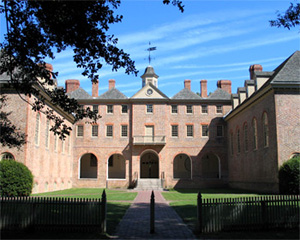 This election cycle has seen candidates making their pitch to student groups across the spectrum. While the contenders have sought votes, they have also sought guidance, with club leaders and members playing an influential role in major platform items.

Presidential candidates Eboni Brown ’17 and Hannah McKiernan ’17 have worked to incorporate the opinions of student organizations who are typically not heard on campus.

“We knew that in the past there are a lot of groups who don’t get attention from SA and we think our platform would appeal to a lot of them,” McKiernan said. “A lot of them pay attention to what SA does but are not as engaged because SA isn’t making the effort to reach out for them. We have this great idea that would appeal to them, so we tried to get as many people as involved as possible that our platform would directly affect, that we hoped would be more likely to vocalize if we were elected.”

Other contenders Katherine Ambrose ’17 and Liz Jacob ’17 have used their six-part platform to address student organizations in different corners of the College of William and Mary. They reached out to a majority of the Greek organizations, Rocket Magazine, Lambda Alliance and many others. In terms of Greek life involvement, Ambrose is a member of the Pi Beta Phi Sorority and Jacob is the Awards Director for the Kappa Alpha Theta Sorority.

According to their campaign manager Brendan McNamara ’16, the pair has adapted their list of meetings to try to incorporate as many students as possible in order to share their platform and receive feedback.

“Katherine and Liz chose to visit a variety of organizations throughout their campaign period,” McNamara said. “Their goal is to reach out to all facets of campus life — whether focusing on diversity and inclusion, sustainability, academics, or other areas … The campaign hopes to engage the totality of our campus since the platform is for everyone. We’re also holding office hours on the Terrace and at the Daily Grind to cross paths with as many students as possible to tell them how the campaign relates to them. We see so much great work being done on campus by inspiring peers, and we want to both learn more about and highlight their work.”

Much of their platform involves further including Greek principles of philanthropy in campus-wide activities and fostering communication between all student groups.

Student Environmental Action Coalition Facilitator Abby Holcombe ’17 has worked with Ambrose and Jacob over the last month and has chosen to support them in the election because of their inclusion of sustainability in their platform.

I believe that Katherine and Liz put the strongest emphasis on sustainability out of all the candidates, which makes me proud to support them. On their website they explain in great detail how they intend to integrate sustainable practices into our existing long-lasting traditions, and they understand how crucial it is to push for the College to commit to a clean energy plan. I know that Liz is very involved with environmental sustainability efforts all around campus, and I think it would be amazing to have someone like her in such an influential position for our campus,” Holcombe said in an email.

Ambrose and Jacob’s sustainability initiatives include creating a formal energy efficiency policy for the College, collaborating with Dining Services to improve sustainability, providing the dining halls with compost programs, furthering the SA’s sustainability pledge, and increasing publicity for DormMania and the Campus Free Market.

Both Ambrose and Brown’s campaigns have reached out to student cultural organizations like the Muslim Student Association.

Both campaigns will be speaking at a general MSA meeting, and Ambrose and Jacob spoke at an Islam Awareness Month event.

According to MSA President Hiba Vohra ’16, both Brown and Ambrose’s campaign have facets that appeal to the interests of diversity and inclusion relating to MSA.

“I’m interested in Eboni’s previous work as a senator,” Vohra said. “When the MSA had trouble securing funding for our annual Eid Banquet last semester she helped us out with the approval process. At the same time, Katherine has laid out a more comprehensive layout for her plans surrounding diversity and inclusion. While I am still waiting to hear how each platform will specifically relate to the needs of the MSA, I sincerely believe that either way, our school will be in good hands.”

According to Vice President of Sigma Chi Dave Pontari ’18, their fraternity’s principles urge each brother to vote for himself.

He personally supports Canakis and Scalia.

I personally support Justin and A.J. because I believe they will do the best job serving the student body. They are both incredibly hardworking and successful in their own personal endeavors and I would expect them to continue that success in their roles with SA. Sigma Chi was founded on the principles of equal say and fairness and we feel it is important that each brother decides for himself who to vote for. There is a strong group of capable candidates this year and it will be up to the individual members to select the candidate they think will best serve the student body,” Pontari said.

As Ambrose and Jacob also have Greek involvement, they reached out to many sororities and fraternities. President of Kappa Alpha Theta Sorority Kate Connors ’17 does not plan on publicly endorsing a candidate before the election, but says she appreciates that the candidates have spoken to her sorority.

“Both tickets [Brown’s and Ambrose’s] had impressive goals and ideas,” Connors said in an email. “I think a lot of them would be great.”

They also propose initiatives that would increase SA funding for STI testing as well as an initiative that would involve lobbying for funding at Road to Richmond 2017 for a Sexual Assault Nurse Examiner trained staff member at the Integrated Wellness Center.

Brown and McKiernan also include a focus on getting a SANE nurse in the Williamsburg area so that survivors of sexual assault do not need to travel to Newport News for proper care. They also want to work on expanding education on sexual assault prevention and advocate against sexual health. Brown was the SA senator responsible for introducing Sexual Health Act 3.0, which further subsidized STI tests at the Student Health Center and subsidized herpes tests for the first time. She and McKiernan plan to further subsidizing those tests if elected.

VOX President Taylor Medley ’17 has endorsed Ambrose and Jacob’s campaign because of their focus on uplifting the voices of students who were already doing important work on campus. According to Medley, their campaign includes a wide array of issues that are of interest to her as a reproductive justice advocate. These issues include continuing conversations about sexual wellbeing for all students, including members of the LGBTQ community, and addressing sexual violence.

One of the things Medley would most like to see if they were elected is their “Sexual Health Screening Day” initiative. SA, HOPE, and the Health Center would work together to further the conversation on sexual health and healthy relationships.

“I believe both [Brown’s and Ambrose’s] campaigns are addressing these concerns, however, I think Katherine and Liz’s initiatives are more implementable,” Medley said in an email. “For example, both campaigns were advocating for the addition of a SANE nurse on campus — these nurses provide physical evidence recovery kit exams for survivors of sexual violence so they have physical evidence if they decide to report. However, when Katherine and Liz took the initiative to speak with administrators and health promotion specialists about the feasibility of this idea, they quickly realized that federal and state restrictions mandate SANE nurses meet a quota of exams to keep their certification. On a college campus with many barriers to reporting in the first place, this kind of service would most likely not be utilized enough to justify having a SANE nurse on our campus. After realizing this, Katherine and Liz worked with members of their team to find other options to access a SANE nurse including working to ensure students have free transportation and making the reform of SANE nurse certification standards a priority in the 2017 Road to Richmond event.”

3/22/2016 3:18 a.m. Based on a statement made by the Ambrose campaign, an earlier version of this article said that Ambrose was the Vice President of Administration for Pi Beta Phi Sorority. Ambrose was Vice President, but is no longer.