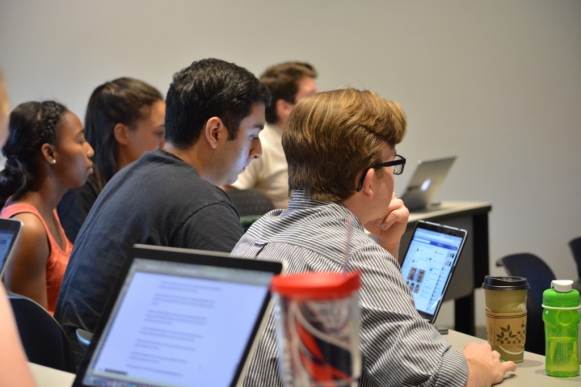 In Tuesday’s meeting, the Student Assembly senate passed the Hobble Wobble Gobble Act, following much discussion over the bill’s logistics.

The act, sponsored by Class of 2019 President Jonah Yesowitz ’19, allocates $3,007 from SA reserves to help supply Thanksgiving meals to low-income families in the City of Williamsburg. $3,000 will go to purchasing turkeys and potentially stuffing. $7 will go towards advertising the service event. SA plans to partner with Campus Kitchen, Greater City and the Minority Law Student Association to coordinate the event.

In 2015, when former Class of 2017 President Katherine Ambrose ’17 sponsored the Tribe Turkey Act, similarly allocating funds to purchase turkeys in support of Campus Kitchen’s annual TurkeyPalooza, opposition arose over spending money to fund a community service event. After discussion, Ambrose’s bill passed, and SA held a day of service packing baskets of food and delivering them to families for Thanksgiving.

During Tuesday night’s meeting, Yesowitz’s bill started a discussion similar to that in 2015. The senate finance committee, chaired by Sen. Sikander Zakriya ’19 gave the bill a unanimous negative recommendation after reviewing during committee meetings.

I think the main concern that we had in finance [committee] was just that the allocation of $3,000 seemed big, especially with anything else that might be necessary for the event,” Zakriya said.

“I think the main concern that we had in finance [committee] was just that the allocation of $3,000 seemed big, especially with anything else that might be necessary for the event,” Zakriya said. “We would just like clarification.”

According to Campus Kitchen Coordinator Thomeka Watkins ’19, the money contributed by SA would be used to purchase turkeys. Campus Kitchen plans to canvass Williamsburg neighborhoods to determine interest in receiving turkeys, and they will also be providing turkeys in collaboration with Greater City to families living long-term in motels. Yesowitz also said that no money would be used towards reimbursing mileage for those who drove to deliver turkeys.

Associate Director of Student Leadership Development Trici Frederick M.Ed. ’05 said that there was a possibility that instead of allocating money from SA reserves, money could be pulled from the community engagement fund, which is financed by rollovers from the main reserves account.

Campus Kitchen, Greater City and the Minority Law Student Association all currently have their own Thanksgiving initiatives. Campus Kitchen collects donations and turkeys for TurkeyPalooza every year, and Greater City provides supplemental food and socialization for lower-income families. The Minority Law Student Associations hosts a canned food drive, and stocks a pantry of canned food to give out for Thanksgiving. SA will work in partnership with these organizations to take on the responsibility of providing turkeys.

Sodexo will store the turkeys in their freezers, and as part of a separate initiative, will collect dining dollars and meal swipes from students to provide Thanksgiving dinners to their employees at the College of William and Mary.

Class of 2018 President Laini Boyd ’18 said that she wanted to know how SA would be involved beyond funding the turkeys. In 2015, senators were responsible for volunteering on the Day of Service, packing food baskets and delivering them.

Yesowitz said there would be no requirements for senator participation, but that all were welcome and encouraged to volunteer further. Chair of the Senate Alaina Shreves ’18 said that she wanted to see SA being more active in the community through this event.

“Is this going to be something where we donate money and walk away?” Shreves said. “They are not asking us to volunteer, but it makes us look really bad if we give money to something and don’t show up. I think if we want to be active in the community, keep that in mind when you are voting on this. This should be something we are talking about on campus.”

Other questions arose concerning the logistics of the event. Sen. Aria Austin ’21 asked whether it would be possible to collect donations from local grocery stores. Sen. E.J. Jackson ’18 questioned how many turkeys SA would be purchasing, and how canvassing would work.

Yesowitz and Watkins said that grocery store donations are already a part of what Campus Kitchen and Greater City provide. Watkins said that 35 turkeys were provided last year, and that she anticipates providing 30 to 50 turkeys this year.

While there was some concern over allocating $3,000 for the purchase of turkeys, Sen. Alec Jentink M.B.A. ’18 said that he thought it was important for SA to give back to the community, comparing funding this event to funding the Spring Concert.

It would seem to me that if you want to show the student body that you care about the community, that $3,000 would be minimal even if the rest goes back to reserves, if $50,000 is something we can just push through every year for an artist,” Jentink said.

“It would seem to me that if you want to show the student body that you care about the community, that $3,000 would be minimal even if the rest goes back to reserves, if $50,000 is something we can just push through every year for an artist,” Jentink said.

Following this discussion, senators voted and passed the Hobble Wobble Gobble Act by a vote of unanimous consent.

• Sen. Sikander Zakriya ’19 introduced the Transfers & More Community Act, which would allocate $600 to host an off-campus event with food for transfer students. Last year, the event was held at Brickhouse Tavern.

• Zakriya introduced the Spring Concert Act, which would $50,000 to pay for artist fees for the College’s spring concert. In years past, SA has brought in Rae Sremmurd and The Chainsmokers.

• Vita introduced the SA FAQ Week Act, which would create a week dedicated to disseminating information about SA through infographics, social media posts and short videos.

• SA President Elijah Levine ’18 said that he met with Assistant to the President and Secretary of the Board of Visitors Michael Fox regarding posters hung in Morton Hall Oct.9 with slogans such as “Affirmative Action is Government Mandated Racism.” Levine said he is working with Fox and the SA executive branch to form a response.