Home Variety Profiles They’ve got a ticket to (Soldier) Ride 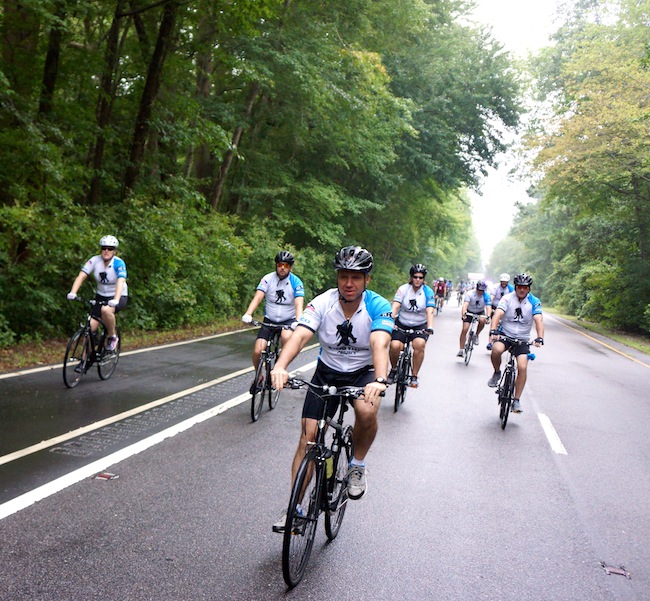 After being hit by a rocket on Veterans Day in Iraq in 2004, ex-Marine Nick Bennett was left with trauma beyond the five injuries he sustained. 10 years later, simply driving a car gives him anxiety about being attacked, but last weekend he biked a total of 31 miles over two days with over 50 other veterans, marking a significant step toward his recovery.

The organization Wounded Warrior Project came to Williamsburg with its Soldier Ride program, which gives injured veterans the opportunity to meet up for a weekend and ride bikes specially adapted to fit their needs as a way to rebuild strength and spirit.

“It’s a rehabilitative ride to get out of your house, out of the hospital, do something different [which is] physically engaging, even if you’re doing it differently now than your normal kind of thing,” Soldier Ride co-founder Nick Kraus said. “And also [to] gain back the camaraderie that a lot of these warriors had when they were in their units or even in the hospital, but now to be able to be outside, do something like that — you see a big difference over the course of a weekend.

Bennett’s Soldier Ride experience exemplified this. He said it was therapeutic to bond with other wounded warriors who were going through the same kinds of challenges as he was, and that being able to ride a bike again, despite his mental and physical wounds, was empowering.

“I deal a lot with road rage,” Bennett said. “I deal with somebody trying to kill me every day of my life. So I could go out on the road and I could see … a piece of trash, and it’s blown up. I can see another vehicle, and I can see it blown up. So what’s really cool about the event is that there was none of that anxiety, being on a bike and rolling through the woods … It was a major healing point in my life to be able to sit back and enjoy myself, and to be that close to it with nothing around you, it was almost magical.”

The inaugural Soldier Ride took place in 2004, when Kraus helped a friend Chris Carney cycle cross-country to raise money and awareness for the Wounded Warrior Project. The support they received from both wounded warriors and civilians convinced them to reprise the ride a year later.

As veterans began to show more and more interest in accompanying Carney, Soldier Ride morphed into the program that now travels across the United States and abroad, doing smaller rides with groups of WWP “alumni.”

“Ten years ago when we started this, it was really just one cross-country trip —or that was the idea— with a bartender that I worked with in New York,” Kraus said. “And I thought, wouldn’t it be cool to take this great video camera that my uncle left me, why don’t I document this and we’ll make a little movie out of it? But the problem, or a good thing, is that it never ended.”

Kraus noted that along the way the group met two wounded warriors who were trying to raise money for it as a program.

“We’re like, ‘Wait a second. Why is a bartender doing something called Soldier Ride when it was such an exhilarating experience for these two young men to come out — with one leg between them — and ride with us that day?’” Kraus said. “And they were like, ‘Everyone should be doing this.’ And so they’re like, ‘We want to do it next year all the way across the country,’ and we’re like, “Yeah, yeah, that sounds like a great idea.’ And they talked us into it and we rode all the way across the country with them again and along the way other wounded warriors joined us, and we realized that, as opposed to just being a fundraiser, we had a program.”

The footage Kraus shot became the documentary “Welcome to Soldier Ride,” which was screened for the first time in Virginia Friday night at the Kimball Theater on DoG Street. The film was open to all and free of charge, but the audience was comprised mostly of the veterans participating in the Soldier Ride, which began in Virginia Beach the next day and ended in Williamsburg Sunday.

“There’s a benefit service, which helps warriors file their benefits, get their claims adjudicated with the VA,” Jekowsky said. “We’ve got some newer programs that focus on long-term support and long-term care. We have our independence program, which helps some of our more severely wounded warriors just engage within their communities and get a little bit more active and a little bit more involved.” 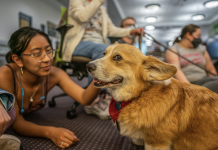 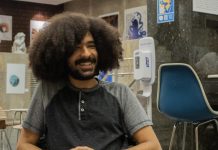 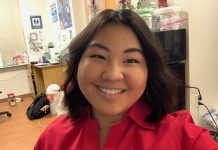