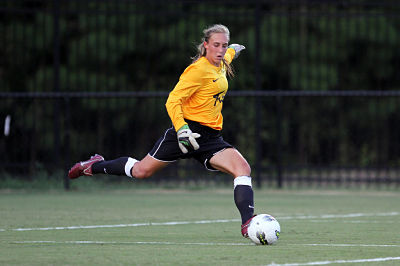 From the soccer pitch to the basketball court, to the baseball diamond to the gridiron, past and present athletes at William and Mary have garnered a lot of attention and recognition over the last calendar year, and are set for another record-breaking, awe-inspiring year in 2015-16.

Let’s recap some of the highlights, starting with Tribe alumni: Jill Ellis ’88 led the United States Women’s National Soccer Team to its first Women’s World Cup trophy since 1999, capturing American hearts with its suffocating defense and lethal attack. Tribe star wide receiver Tre McBride ’15 was selected by the Tennessee Titans in the NFL Draft and has had an immediate impact, returning a kickoff 29 yards in his first preseason game. After shattering the NCAA’s longest-held scoring record and leading the basketball team to their first regular season conference championship, Marcus Thornton ’15 was drafted by the Boston Celtics and dropped 21 points in a win over the Miami Heat in the summer league. Not to be outdone, First-Team All-CAA catcher Ryan Hissey ‘16 was picked by the Toronto Blue Jays in the MLB Amateur Draft and is currently playing for the Vancouver Canadians, Toronto’s Single-A short season farm team. The 2015 draft selections make William and Mary one of 17 schools, and the only school outside the Power Five Conferences, to have a player drafted in all three major sports drafts. Former William and Mary soccer standout Jon Stewart ’84 closed out his magnificent run on “The Daily Show” a few weeks ago, while Super Bowl champion head coach and ex-Tribe wide receiver/tight end Mike Tomlin ’95 prepares the Pittsburgh Steelers for another NFL season.

The 2015 draft selections make William and Mary one of 17 schools, and the only school outside the Power Five Conferences, to have a player drafted in all three major sports drafts.

The Tribe has plenty to build off of coming into this new season, having taken home the Colonial Athletic Association championship in five sports in 2014-15. Cross Country continued its domination over conference foes, as both the men’s and women’s teams won the CAA title. The men took the crown for the 15th straight season while the women earned their third consecutive championship. The men’s swim team earned its first conference title, ending UNC-Wilmington’s 13 year reign over the CAA (the women’s team took third), while in tennis the men’s and top-seeded women’s teams completed their respective seasons with conference trophies.

Starting in November, senior forward Terry Tarpey anchors a youthful, talented basketball team still seeking its first NCAA Tournament berth in school history after an emotional run in the CAA Tournament, including junior guard Daniel Dixon’s double overtime buzzer beater against Hofstra. Not to be forgotten, the women’s basketball team made history of its own last season, earning its first postseason tournament invite in program history.

After Ellis’ success on the global scene, all eyes are on Tribe soccer to follow in the former third-team All-American’s footsteps and win a title. The women’s squad boasts a bevy of senior leadership, including goalkeeper Caroline Casey and forward Leci Irvin, both preseason All-CAA team members. A young men’s team seeks to make progress following a six win season, headlined by brothers sophomore midfielder William Eskay and senior forward Jackson Eskay,  both recipients of preseason All-CAA honorable mention nods.

Tribe baseball is seeking redemption after an uncharacteristically sub-.500 season in 2015. The team has no shortage of talent, featuring three players who earned All-CAA honors last year. Senior first baseman Charley Gould looks to add to his legacy after leading the team in batting average, home runs and runs batted in during the 2015 campaign.

Both volleyball and lacrosse only managed single-digit win totals last year, but with an infusion of youth and returning veterans, either team can take a positive step-forward in 2015-16.

After earning a spot in the CAA Tournament last fall, field hockey looks poised to make a push for the conference title. Three team members earned preseason All-CAA honors, including senior Pippin Saunders, who ranks sixth in school history in assists and 12th in goals scored. Both volleyball and lacrosse only managed single-digit win totals last year, but with an infusion of youth and returning veterans, either team can take a positive step-forward in 2015-16.

2015-16 should be an eventful, exciting year for Tribe athletics. Make sure to come out to the games and show your Tribe pride.