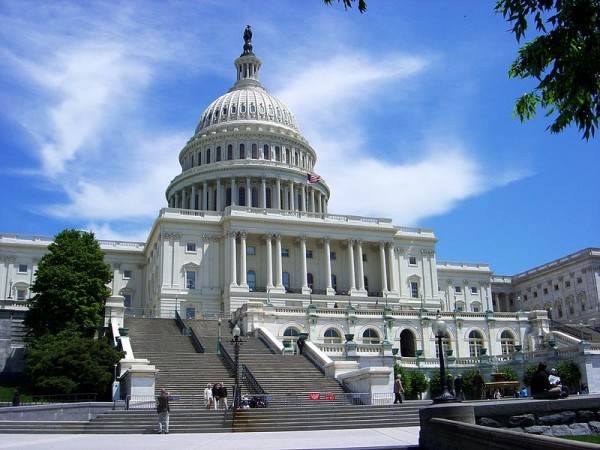 Following Virginia Governor Terry McAuliffe’s executive order last year banning the allocation of state contracts to businesses that participated in discrimination on the basis of sexual orientation or gender identity, the House of Delegates passed HB2025 giving religious organizations what many Democrats have said is legal protection to discriminate against members of the LGBTQ community.

The Republican-sponsored Religious Freedom and Solemnization of Marriage bill states that no person should be required to perform a ceremony of marriage which violates their religious beliefs. It also states that organizations should not be subject to penalty on account of their belief that marriage should be between man and woman. The bill passed with a 57 to 37 vote margin.

“While vaguely written on purpose, the intent of so-called Religious Freedom bills that target the LGBTQ community like these have always been about delegitimizing queer people and their relationships, rescinding any legal protections, and encouraging state-subsidized discrimination of queer people through the guise of religious freedom,” Lambda Alliance Co-President Trace Hernandez ’18 said in an email.

Under the Virginia Statute for Religious Freedom, some, like Virginia Senator Monty Mason ’89 (D-Williamsburg), have said that this bill is redundant.

While McAuliffe has already announced his intentions to veto the bill, many believe that its notions bring about dangerous ideas regarding the LGBTQ community.

“I think that on an emotional level if you’re aware that this is happening it definitely will make you feel isolated in your own state,” William and Larry Co-President Erica West ’17 said. “I think if the law is supposed to reflect to some degree the will of the populace, clearly this law does not do that.”

Mason said he saw the bill for the first time last year, but he has had a lot of constituents contact him recently expressing their disapproval of the bill.

McAuliffe said that this act of legislation not only directly affects members of the LGBTQ community, it also affects his goal for a diverse Virginia economy. He said that businesses unwilling to be a part of the discriminatory practices the bill would allow will leave Virginia.

“The new Virginia economy is built with peoples of all stripes and again without regard for race, creed, color, sexual orientation or gender,” Mason said. “We want the best and the brightest to come to Virginia, to work in Virginia and to help us grow the Virginia economy. We want to find the best scientists the best doctors, the best entrepreneurs, the best students, the best faculty and staff.”

Hernandez said that the Lambda Alliance has recently changed its organization and has created a new committee focused on government policies that intends to fight back against the bill.

“The Lambda Alliance recently established various policy committees that will supplement the club and allow avenues for more member-led participation in activism — one of these committees is the Government Committee, which has just been founded,” Hernandez said in an email. “They are looking into whipping into gear an organized and easy way to signal our disapproval of this bill.”

West said many members of the community find the bill to be hypocritical in nature. She said that it is hypocritical for religious groups, which are supposed to love and accept all people no matter their sexual orientation or gender identity, to support a bill that is inherently discriminatory.

If your faith tradition allows for love for all people regardless of your sexual orientation, gender identity, premarital status … then why are you falling under this category of people who are going to discriminate against the population,” West said.

“If your faith tradition allows for love for all people regardless of your sexual orientation, gender identity, premarital status … then why are you falling under this category of people who are going to discriminate against the population,” West said. “It sets up a really dangerous precedent where a certain type of faith, which is pretty narrow, is privileged over all other kinds of faith which I think is just a straight up violation of the separation between church and state.”

In the current Republican-majority government, this bill falls in line with many other recent legislative proposals. The Human Rights Campaign has reported that they are currently tracking 72 anti-LGBTQ proposals in 22 states.

A similar bill just passed in the Virginia Senate that provides protection for taxpayer-funded organizations and services that deny service to members of the LGBTQ community under their religious beliefs.

Some members of the Williamsburg LGBTQ community have said that they are fearful that legislation of this nature will grow in number, especially as McAuliffe prepares to leave office.

“I think if passed, this bill could have potentially lethal consequences for the William & Mary community and in Williamsburg more broadly,” Hernandez said in an email. “It would have a chilling effect on the openness and confidence that LGBTQ people want to exhibit knowing that their government sanctions discrimination by any organization that has even a remote religious affiliation.”